I get asked all the time about PMDD… What’s it like? Well, I like to compare it to a scene out of Fear and Loathing in Las Vegas, or that Ozzy Osbourne meme we all love. It feels like you don’t know what’s going on inside your own head or body anymore.

“The possibility of physical and mental collapse is now very real. No sympathy for the Devil, keep that in mind. Buy the ticket, take the ride.”

I remember the moment I decided that how I was feeling was “not normal.” I had no one in my life to talk to about it though. I felt lost. So I did what anyone my age would do, I picked up my phone and asked Google about my symptoms. Google didn’t have answers for me and it didn’t warn me about the struggle that lay ahead either.

Over the years, I felt worse and worse. Every two weeks before my period I would start to feel almost crazy. The closer I got to my period the more severe it became. It couldn’t be PMS like everyone said, could it? Sure I had cramps, backaches, headaches, nausea, the usual. I also felt that I could sleep for a week, eat everything, but also cry into my third slice of cake for no real reason. Then came the mood swings, confusion, depression, anxiety, and super self-deprecating thoughts. My worst enemy was me.

“Sometimes I’m like a monster,” I explained to my doctor.  He smiled as he wrote down a few things on his prescription pad, ripped it off and handed it to me. He wrote it all off as depression, gave me some antidepressants and sent me on my way. Great! That’s it then, I have depression, that’s all. Right? It wasn’t.

It had been seven long years of this ongoing internal battle each month. Like clockwork, here comes Dr. Jekyll and Mr. Hyde, except I wasn’t acting. I’ve spent so much time researching, seeing new doctors and talking about it. Everyone said the same thing: It’s normal. I needed more answers than that, not only for the sake of my own sanity but for the sake of everyone else around me. I was hard to be around. Even I could see that.

When I first read about PMDD, I cried. How frustrating it must be to spend months, years even.. to hopefully find something to give relief. I was one of them. It got to the point where I couldn’t handle to be in my own skin each month anymore. But I decided I’d give it another go and headed to a new doctor. After a few minutes of explaining all my feelings in a frantic panic, I heard words I never thought I would hear: “I believe you.” She explained it wouldn’t be easy since there is no real test to prove PMDD. Also, medication is tricky since symptoms happen before and after your period. But it is possible to treat. That’s when my journey started getting better.

I’ve spent eight years altogether with PMDD and was only diagnosed by my doctor six months ago. I now take escitalopram 10 mg, then 20 mg one week before my period starts to stabilize my mood. I use CBD oil and a sleep aid during my period for restlessness and pain.

I now meet with my doctor each month and see a social worker to create a mental wellness plan. At 28, I never thought it would take this long to get a grip on my mental illness, but I’ve never felt better than now, even on my worst days.

Knowing that it’s not only me that’s going through this has helped me feel more supported. It means there are treatment options out there for everyone and you’ll find the right path at the right time. I won’t lie, there will always be hard days to get through but remember you’re not alone! You’re part of the 2-10% of women affected by PMDD. As this number grows let’s keep spreading awareness. Let’s ensure women’s voices are being heard!

By The Warrior | Me v PMDD
3
Depressionmental healthPMDD
Finding the Core of My Mental Health Struggle: PMDD
A Letter To PMDD Me 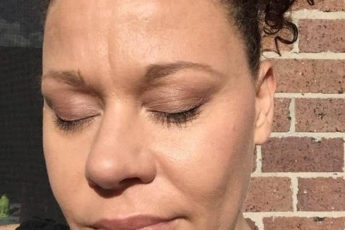 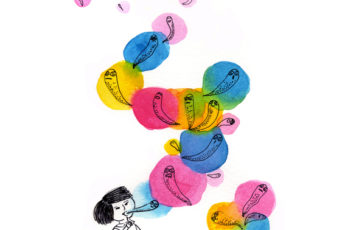