Have you ever been told that what you are feeling with PMDD is not “real?”

Have you ever been told to “suck it up” or that you’re just experiencing normal PMS?

“She must be on her period.”

“Stop making such a fuss.”

Most women are able to manage their periods without “making a fuss.” They hide their pain from cramps, whisper in bathrooms among female friends, and always have menstrual products on them just to be sure. However, those of us with PMDD cannot hide our pain as easily. For us, a phenomenon that is already construed as negative, shameful, and embarrassing is turned into a life-shattering and hopeless condition. There is also stigma placed on mental health disorders. When this is piled on top of the stigma of menstruation, it creates a condition that is riddled with taboo. This stigma makes women with the condition suffer even more from self-shame and the inability to talk openly about their suffering, even with their doctors.

In 2013, PMDD was taken out of the appendices of the Diagnostic and Statistical Manual of Mental Disorders (DSM) and listed as a depressive disorder. It is important that PMDD has been more prominently listed in the DSM-5, so now more people can get diagnosed and treated, research can be funded, and people can list PMDD as a code on their insurance.

Why did it take so long?

The DSM is highly influenced by social control and norms. There is a board of members that vote on disorders. These are real people who have biases and opinions. Homosexuality used to be listed in the DSM until 1973. This is fairly recent. Public opinion changes over time with social movements and social change. Society is constantly in flux and we are constantly changing our definitions of what it means to be sick. Doctors tell you what is real and what is not real. People are told “its all in your head.” With the taboo of menstruation and the feminist argument against deeming women ‘hysterical’ because of their woman-ness, PMDD stayed in the shadows, until society and a handful of advocates in psychiatry deemed it ‘real enough’ for the DSM.

The important thing about PMDD becoming official is that now more and more people are being diagnosed and this condition is starting to gain acceptance in the medical community.

Mental health is a realm in which certain things are seen as “real” and others are not. Whether a condition is considered “real” or not affects the confidence and sense of self of those suffering with their mental health. PMDD is a stigmatized disorder that some people don’t think is “real.” But, because more and more women are speaking out and describing similar debilitating symptoms with premenstrual timing, it brings legitimacy to the condition. We know this is REAL!

Being diagnosed and believed that your condition is real is an empowering process. We need to speak out and fight the stigma that tells us what is real and what is not. We are the ones suffering – we know what is real. And PMDD is real, very real indeed.

“Of course it is happening inside your head.. but why on earth should that mean it isn’t real?“

Now’s the time to step out of the shadows and talk about our experiences. Once we do this, more of us will be diagnosed, more of us will not feel alone or invisible. The more of us that speak out, the more authenticity this condition gains, and the more research and treatments will come our way. Let’s fight the stigma, the shame, and the people telling us what is not real when they do not live this pain.

PMDD is real. We are real women suffering. We are warriors.

By The Warrior | Me v PMDD
7
awarenessperiodsPMDDWarrior
Can Hormones Really Do This?
Pam’s PMDD Story 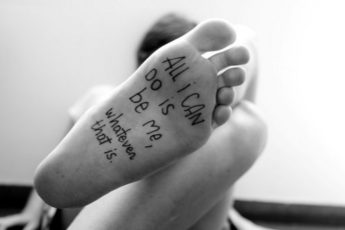 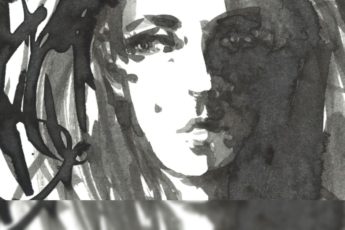