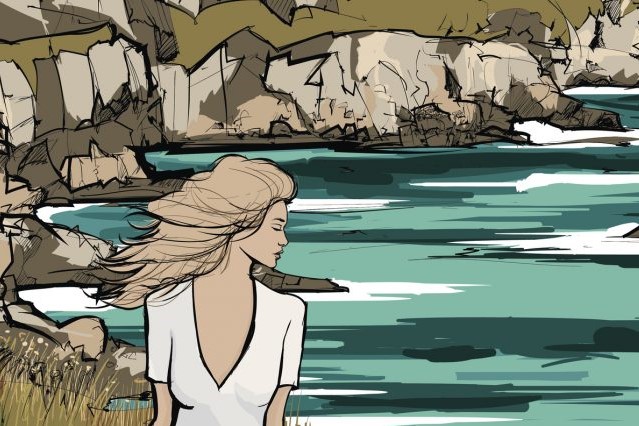 I used to think of myself as a victim of my mental illness.

It’s a common mentality I have seen across multiple illnesses, support groups, and therapeutic settings. Personally, I used PMDD as an excuse for bad behavior in an effort to distance myself from the ways PMDD made me different from my norm. At the beginning onset of symptoms, I often had inappropriate outbursts of emotion and I was quick to explain away these outbursts as a result of my mental illness. I wasn’t in control of my PMDD symptoms, so it was unreasonable for anyone to blame me for the things I did because of them. If I found myself snapping at a friend, I blamed PMDD for my irritability. If my boyfriend would make a (legitimate) constructive criticism, I blamed PMDD for crying and attacking him for being an asshole. PMDD heightened my emotional responses to abnormal levels and I credited it with all of the interpersonal difficulty I was experiencing with others. However, I slowly came to realize that if both I and the person I’ve yelled at blame my mental illness for my outburst, there is no one to hold accountable for legitimately destructive or corrosive behavior.

Similarly, I very often would think about how many things PMDD took from me. PMDD caused me to lose jobs. PMDD was responsible for me losing friends. PMDD took away hundreds of dollars in marathon money by preventing me from making it to the starting line. The list keeps writing itself for hours. The problem with this list is that it places all the responsibility for the negatives in my life on PMDD, not on me. It makes me a victim.

Victims are real. We think of them as the unlucky recipients of human malevolence or accident. People who are raped, murdered, cheated, affected by natural disasters are victims. These are people who both didn’t ask for negative things to happen to them and had no ability to control their circumstances.  In many ways, suffering from a mental illness is similar to these experiences. We didn’t ask for an impediment to our health that makes functioning in the world more difficult, and it certainly isn’t our fault for having mental health problems. But beyond that, it is irresponsible to act as though we are victims.

The primary difference is that despite having a mental illness, there are a lot of ways we can change our behaviors such that its impact on our lives is significantly reduced.

Yes, you may suffer from anxiety and panic attacks. Does this mean that you automatically cannot work, provide for yourself or family, or enjoy hobbies? Does this mean that doing these things might be more difficult or require creative problem solving and practice? Probably. The point is that despite whatever mental illness you are struggling with, choices to improve your life are available to you and you need to take the responsibility to start here.

Harboring a victim mentality with mental illness is a major hurdle in achieving recovery. When I would spend too much time focused on what PMDD had “ripped from my life,” I would spend no time trying to find ways to improve my own situation. I focused my energy on resenting the illness and resenting as many aspects of the world as I could for my problems, justified or not. When I lost my job, for example, I resented the circumstances that led to my breakdown at work and subsequent firing. I blamed my supervisor for not acknowledging my request for another vacation day after having called in sick four days straight. I blamed her for putting pressure on me to sacrifice my health for job security.  I also blamed her for not providing me with clear and consistent expectations for my work, adding unnecessary stress to what should have been a straight-forward job.

The issue with all of this, however, is that my supervisor is not to blame for me being fired. On the day when I requested another day off due to experiencing depression and suicidal ideation, I made the choice to go to work when I didn’t receive a response from her. At work, I was the one who made the choice to get in my car for a client visit without talking to my supervisor about how I was afraid of committing suicide on the way there. And, when my supervisor called me after work hours to ask how my client visit went, I was the one who chose to lie that I had completed it, when in fact I was still parked in a Little Caesar’s parking lot, too afraid of what I might do to myself or others if I were on the road. At each of these points in time, I had the option of making a better choice. Did my depression and suicidal thoughts make it difficult to think clearly, advocate for myself, and demand the ability to use my available vacation time? Yes. But at the same time, I was aware of the potential consequences of my behavior and took none of these actions that were firmly in my control.

If I were to only focus on the behavior of my supervisor in this episode, it would be nearly impossible for me to learn any lessons from it. As it stands, I know that I have to be accountable for my behavior regardless of my symptoms. Since this episode, I have been a clear and upfront communicator with my employers and clients when I need a mental health sick day. It’s something I have negotiated for and discussed to the extent that I believe it will impact my work. I’ve also recognized the difference between “sucking it up” in the name of being productive at work and legitimately needing to take a day off for my own health. The stress of what my boss or coworkers will think if I miss another day of work has been replaced by an awareness of my own needs which I can firmly justify and advocate for when needed. All of these behaviors did not come naturally when simultaneously struggling with depression, but my skills in these areas improved the moment I started finding ways to take responsibility for my actions rather than explaining them away with my mental illness.

Having a mental illness is difficult. It makes simple tasks of daily life harder than normal, there is no denying that. However, having a mental illness does not prevent the rest of the world from expecting reasonable standards of behavior from you. Your mental illness does not give you the permission to yell, lash out, be emotionally abusive, lie, be violent, blame others, steal,  forgo responsibility, cheat, or even just be a bitch. You’re more than welcome to engage in these behaviors, but you cannot excuse them away with your mental illness or expect not to suffer consequences. It’s a blunt truth, but it is a truth nonetheless. Practicing self-control, even in the midst of an episode is an important skill to learn because you CAN improve your control! I’m not suggesting that you won’t continue to feel strong impulses and symptoms that make reacting well seem impossible; I’m suggesting that you need to try to find ways to overcome them.

PMDD has made my life difficult, significantly more difficult, but it has not made it impossible to try.

Once I began shedding my identity as a victim, I started improving my coping skills and my symptoms became more manageable. It is empowering to recognize the deficiencies you can work on and then see yourself progress. Not everyone will be at the same level. Some people might have symptoms which legitimately combine strong impulsivity with strong emotions, and some people may have symptoms which merely cloud the ability to make rational choices. Regardless of which category you fall into, it is important that you act as though there is something you can do differently to change your behavior. The more you focus on your illness rather than your choices, the poorer outcomes you can expect to experience. Don’t blame your illness, excuse your own bad behavior, or even blame others for your emotional reactions. This is playing the victim, the illegitimate victim, and this role is unbecoming on you as a competent, strong adult!

So what can you do instead?

Be introspective, experiment with coping skills, focus on ways to improve, and be persistent. Identify the things that you feel you have “lost” due to your illness and ask yourself “What did I PERSONALLY do that resulted in this outcome?”  Try to ask this question as objectively as possible without feeling guilty or judging yourself too harshly. Separate the behaviors that were destructive from the ways you would like to have behaved in that previous situation, and think about how you might reduce the likelihood of doing the same thing next time. Look backward on the past for information, be kind to yourself in the present, and have a better plan for the future. Your mental illness may be a hurdle you have to jump that others don’t, but that doesn’t mean you can’t still complete the race. You have the ability to make choices; find the positive ones and practice them until your mental illness takes a backseat to your decision making in these moments. Then, find more. This is a continuous journey, just don’t forget to look back a year from now on where you started.

I’m Adrienne, and I was diagnosed with Premenstrual Dysphoric Disorder (PMDD) in December of 2015. I’ve had PMDD since puberty in the form of physical symptoms, but only became aware of my diagnosis when I started experiencing the cycles of severe anxiety, depression, and suicidal ideation followed by weeks of rationality and happiness that is typical of PMDD at age 25. Three years later, I’m still learning to manage my symptoms with a variety of coping skills, therapy, medications, and a fantastic support network.

I have a 5-year history of working with mentally ill adults in both psychiatric and outpatient settings but recently traded this career path in for PMDD-friendly self-employment as a home cleaner. As of February 2018, I am also taking on the role as a Peer Support Provider with the Gia Allemand Foundation to provide support to other women struggling with PMDD. 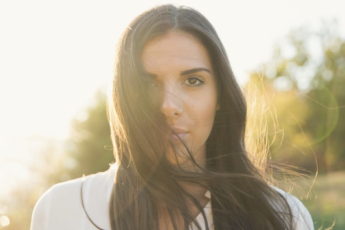 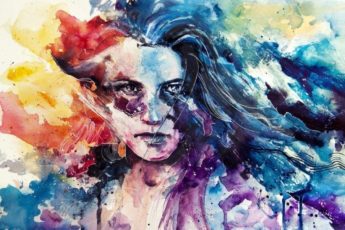