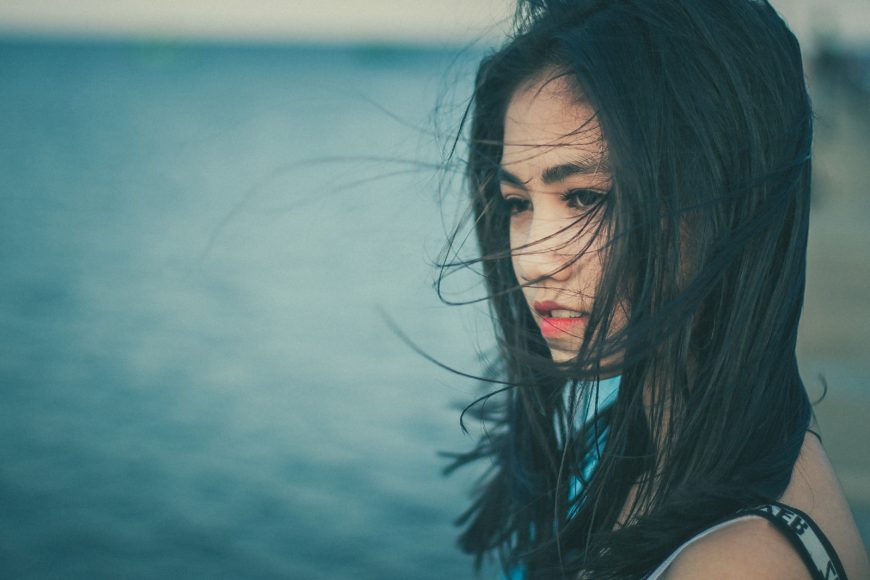 Finally, I met an amazing guy. It had taken way too long for my first serious relationship to happen. I had tried everything to find love: the law of attraction, guided meditation, action, no action, spiritualism, prayer, on and on… And after what seemed like a lifetime, he magically came into my life.

I can’t say I was as happy as I had imagined myself to be in my dream relationship. Not that he wasn’t an amazing guy. He treated me with respect, if not love, and we were happy most of the times.  So I thought, maybe Tolstoy was right when he said, “The pleasure lies not in discovering truth, but in searching for it.” But deep inside my heart, I knew there was something not right on my end.

Sometimes I acted awkwardly with him for no reason. I never gave it a serious thought, until one day a strange incident took place. I received two big boxes of expensive chocolates from him, but instead of being happy, my first thoughts were, “He wants to prove that he can give me something. What does he think of himself?” Weird, I know. I realized it made no sense. So why did I think this?  This realization disturbed me a great deal. I recollected past instances… Some days, he would miss a call from me and I would stop whatever I was doing and start calling him continuously (more than 50 calls sometimes!). Then, I’d cry my heart out, plan our impending breakup, cry for that breakup, feel jealous of everyone and think my life was ruined. All this would happen in the span of just a few hours. Then, he would call. I would tell him all sorts of things. He would apologize and express his love and concern and bam, I’d be happy. But after a while, the negative thoughts would come right back.

After some time into the relationship, he told me I didn’t need to call again when he didn’t pick up. He promised he’d call me back when he was free. He also admitted my behavior negatively affected his work (he’s a solo fighter pilot, so, you know, things are more risky for him). Strangely, I felt helpless and repeated my behavior. And then the chocolates arrived. I knew all of this was not right. But what was wrong?

One day, while casually reading about mood changes during menstruation, I hit upon PMDD. The moment I read the symptoms, I knew I had it. Past instances began to creep up in my mind… How I had ruined most of my relationships with guys who ended up happy with good women. How I was so jealous of people sometimes. (I remembered once my very sweet best friend said in a passing reference, “Why do you get jealous of every girl finding a boyfriend?”) I also remembered my father telling me over the phone, “Why do you sound so sad sometimes for no apparent reason? You should be happy at this time.” I fought with guys pursuing me for no reasons, then apologized intensely, wept and begged for small things from them. I also recollected days of intense pessimism followed by intense elation as if I had conquered the world. I would act extremely weird, sensitive and emotional for some days and the rest of the days would be spent atoning for that behavior through more weird acts and excuses. This happened to the point I lost confidence in myself because I thought I was way too fickle-minded or perhaps had some psychological problem. The chief victims of this behavior were my potential boyfriends, but in the long run, my life and career proved to be the victim. On the contrary, my friends and I considered myself lucky that I had absolutely no stomach cramps. Looking back, I really feel so much pity for myself. If only I knew…

I sat to serious thinking. I charted my menstrual cycle. I wrote down my general mood every day for three months and it was confirmed. The sequence of my negative moods matched exactly. One day, in the middle of my menstrual cycle, when I was in a normal mood, I sat down again to some more serious thinking. Did I really hate the people I was thinking badly about? Am I really jealous of that sweet Facebook friend meeting the love of her life? Has my life really ended? Am I hopeless? The answer to each question was no.

This realization had, quite surprisingly, a radical shift in me. First and foremost, I was relieved. My confidence came back as I realized it was a disease that made me do these things. I wanted to take back control of my life. Whenever I had a negative thought or I wished ill of someone, I checked my menstrual dates and sure enough, it was PMDD. “You think you can turn my own brain against me, huh? I am a good person. I am an optimistic person. I want good of all people, including me.” I thought and prayed to God for strength to fight my second personality. I deliberately shifted my thoughts to amusing and happy things. I became inactive in social media and reduced my gossiping. Also, I paid a lot of attention to my general health concentrating on good food and exercise. And it worked. Yes, it did. Just a mere acknowledgment of this problem, helped me a lot. But is the picture really black and white and the solution so easy?

The answer is no. I consider myself lucky that I did not need medication. Although just 5% of women suffer from PMDD, 15% of them attempt suicide. Therefore, although counseling and lifestyle changes may help in some cases, many women with PMDD require medication. Whatever the needed treatment option may be, the first step for it is diagnosis. But even before that, people should be made aware of PMDD. Unfortunately, talk of the psychological effects of menstruation revolves around the ‘glamorous’ PMS where a normally docile woman gets angry very easily. What we need is a change of perception and this is a very tough problem. In most places, menstruation is taboo. Also, mental health is taboo. Combine these two and you get a topic that no one wants to discuss. Apart from cultural issues, popular media is also to blame. The media views menstruation as something just biological. All sorts of sanitary products are created that are shown to be magical because the modern woman cannot afford to stay behind men in the race of life. This is true. But why does nobody also talk about the increased stress PMS and PMDD create for modern women? Menstruation may be a biological phenomenon but ask those 5% of women, the victims of PMDD, and you’ll realize how tough life can become for no reason. Therefore, I decided to come out with my story to help women reading this to not lose hope and know that you’re not alone in your suffering. Fight for yourself and don’t give up.

My unknown tryst with PMDD began in college and lasted for 8 years. Ironically, they comprised my college and youth years and needless to say, PMDD did ruin an important phase of my life. Sadly, it took me a lot of suffering to identify what my problem was. I’m happy though that I came to know about it and could control it before starting an active family life. However, I’m still not comfortable to talk about it to my very understanding family and friends. I still don’t know how to explain things and what I actually feel. Also, I still don’t know how I will reveal this matter to my potential partner. Will he become judgmental? I don’t know. But life is an ongoing struggle and like many other solutions, this one will also reveal itself.

Daya Pande is a Mechanical Engineer born in Nainital, India. Her upbringing close to nature has had a profound impact on her. Her hobbies include photography, reading, bird-watching, nature-walks and watching movies. She is fascinated by the ‘Zero Waste Lifestyle’. Her favorite writers are Mahatma Gandhi, Stephen Covey, Jim Corbett, Himanshu Joshi, Sri Lal Shukla, Ayn Rand, RK Narayan, RN Tagore, William Dalrymple, Premchand and Ruskin Bond. Her favorite movies include A Separation, The Colour of Paradise, It’s a Wonderful Life, Pyaasa, and Mr. and Mrs. Iyer. She believes in the adage of Alvin Toffler, “Learn, unlearn and relearn.” 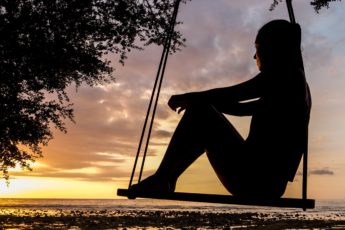