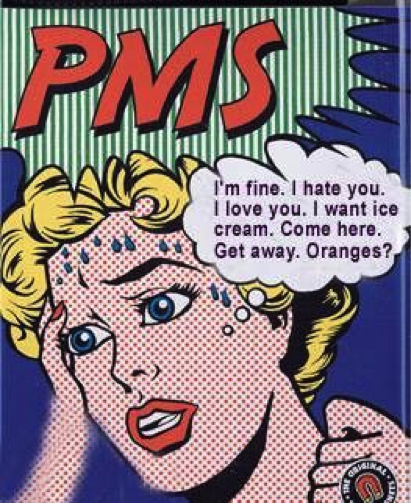 PMS and PMDD are quite different. However, they are often described in the books as PMS and then PMDD, a more severe form of PMS. This is partially true, but this analogy can create a lot of confusion and harm to all of us. Here is a little synopsis of what we all know so well:

There are two schools of thought for PMDD. The first is the inability to handle hormone fluctuations. The hormones levels are level, however the patient’s brain can’t handle the fluctuations which leads to psychological and physical symptoms. The drop in estrogen and rise in progesterone after ovulation causes these symptoms. Their best form of treatment is birth control (monophasic continuously) or any kind of hormone therapy that control and keeps hormone levels stable. The second theory is progesterone intolerance. In women without PMDD, progesterone has a calming effect, however women with PMDD have the opposite effect. These women do horribly on any type of birth control treatments, especially the progesterone only based birth controls. These women do better on SSRIs or gonadotropin releasing hormones (GnRH). GnRH puts the body in a chemically induced state of menopause by shutting down the ovaries. As a last resort, hysterectomy and ovariectomy can be effective. This however, causes problems with hormone replacement therapy. If they do not go on hormone replacement therapy, this can alleviate symptoms. Women who are progesterone intolerant typically resort to this type of treatment, because the SSRIs will only work for a few years due to losing effectiveness over time. PMS is a symptom that causes manageable irritability and discomfort for only a few days before menstruating. PMDD causes severe emotional and physical changes that greatly affects day to day functioning for 10 to 14 days prior to menstruating. PMDD causes severe mood shifts that can disrupt work and relationships.

Approximately 75% have some mild form of PMS, however only 3% of women have PMDD. The difference in PMDD and PMS is that individuals with PMDD have sensitivity and basically an allergic reaction to their hormones (whether it is the hormone fluctuations or the hormone progesterone). PMDD genetically inheritable, however PMS is not. PMS is not classified as a mental illness in the DSM, whereas PMDD is. PMS is more manageable and do not require prescription medications. PMDD can be distinguished by other mood disorders such as depression due to the cyclical nature of the symptoms. They only occur during the luteal phase of the cycle.

The problem with equating PMS and PMDD together is that it feeds into the common stereotype of saying “she’s PMSing.” It ignores all the severe symptoms and the hormone conditions. So far, the only treatment on the books is SSRIs. Hormone treatments are still being researched. There is no “cure” for this condition, only medications that help relieve some symptoms. Women who have PMDD are told that it’s just PMS, because the symptoms are similar. Many women are misdiagnosed or not given the proper treatment. There is a lot of stigma around menstruation as well as mental disorders, so the research and funding for PMDD is limited. SSRIs do not treat the hormone sensitivity, they only mask a symptom of this sensitivity. There are no other official treatments listed, which creates suffering for women who cannot take SSRIs (they are genetically disposed to being sensitive or allergic to them).

My teacher mentioned PMDD after describing PMS in one of my health classes. I got excited, but I realized this could create several misconceptions about PMDD. When I was going through my PMDD journey, I would hear “you’re just experiencing PMS symptoms.” Doctors would minimize my pain and would not treat me properly. Lumping two different conditions together can create stereotyping and can ignore the pain and suffering we all go through. PMS is already seen as a less legitimate condition, because it is associated with women and menstruation. Thus, PMDD is not given legitimacy as a condition. This is why research is limited. We, as PMDDers need to dispel this myth and educate ourselves and others about PMS as well as PMDD. So many women experience PMS that there might be women with PMDD out there, not knowing what they are suffering with is a diagnosable condition.

Speak out, break those barriers, bust those myths, and be warriors!

By The Warrior | Me v PMDD
4
HormonesmenstruationPMDDresearch
Life vs PMDD, Coping Strategies For Life, Work & Education
Finding Balance with PMDD 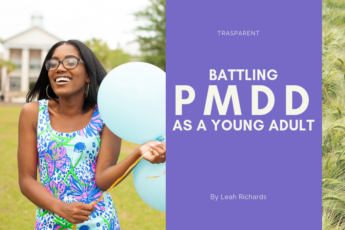 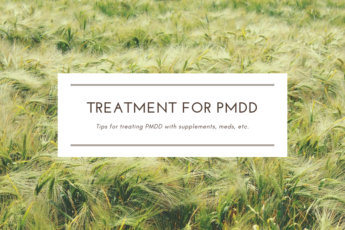