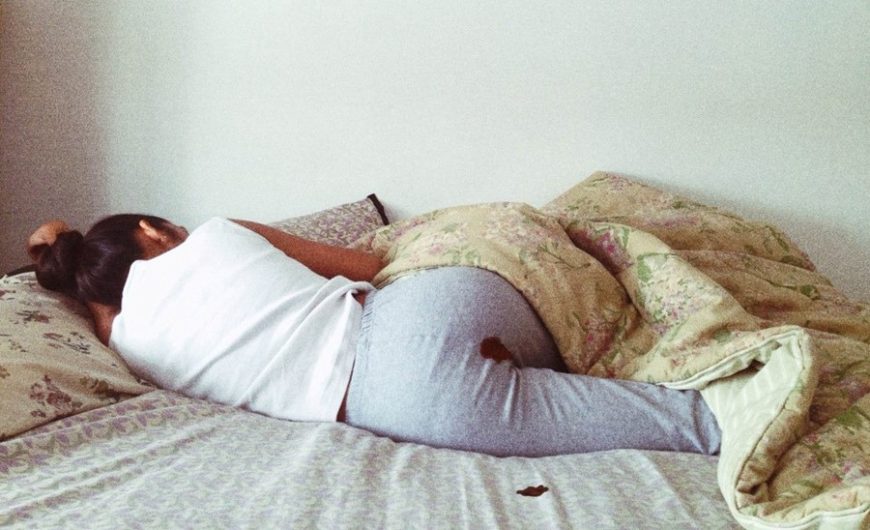 Adapted from: How To Make Your Period Easier: A Mindful Approach To Menstruation

The Real Deal Behind Menstruation

Between you and me, we both know that getting your period is actually anything but what it is portrayed to be like in those tampon commercials where every menstruating chick suddenly feels the need to wear white, play hardcore sports, and dance around aimlessly. This is despite the fact that, in reality, having to deal with cramps, cravings, and cotton shoved up in our lady parts makes most of us want to crawl into a hole for the duration of this dreaded cyclical event.

Periods, in general, are hard enough to deal with as it is, but as is the case for some of us very unlucky and seemingly eternally cursed girls out there—“Shark Week” (as my sorority sisters coined it) is one bloodbath of a spectacle that even Jaws himself cannot compete with. Sorry for all of my horrible puns here, I can’t help but try and make light of something that is so detrimental to my sanity and overall personal welfare. Because in all seriousness, there exists a decent percentage of women out there who struggle with physical and emotional symptoms during this time which presents themselves as so severe that they dramatically pose as more than just an inconvenience, but rather as an interference in these women’s everyday lives.

The Dark Side of the Period

Conditions like endometriosis, PCOS, and PMDD can taint this otherwise harmless and very necessary reproductive function into an experience which is utterly painful, mentally and physically exhausting, and straight-up unbearable for the sufferer. As a young woman who has been suffering from Premenstrual Dysphoric Disorder or PMDD for the past few years, I know firsthand just how life-altering getting a monthly period can actually be. Because for myself and women like me — regardless of their respective diagnoses — there is absolutely nothing on this great green earth that I dread more than the arrival of my “friend” (as my mom would say).

Which brings me to my next point, and that’s this: regardless of whether or not you have PMDD or another reproductive disorder, or if you just happen to comprise the 50% of the population who have been damned permanently by the curse of Eve’s original sin: believe it or not there actually are a few things that you can do in order to make that time of the month feel and look less like a literal murder scene.

Here are my tips for making your life frankly less awful when that skank Aunt Flo comes to visit.

So this is like The Golden Rule of being a girl that too many of us (including myself) don’t really follow. I do not care who you are, there is literally no human facial expression existing out there that is more troublesome to see than the look of dread that a woman displays upon finding out that she just got her period, of which she was completely unprepared for of course. However, there are a few ways that us ladies can avoid this horrifying situation all-together.

The first is pretty obvious in that you should always try to have a tampon stashed with you somewhere nearby or on your person. Another nifty trick is to wear a panty liner on the days leading up to your cycle’s expected arrival. Or better yet, to really ensure that you will be A-Okay in circumstances where you might not have the time and/or opportunity to get to a restroom right away, you can rely on wearing the newest in feminine hygiene technology: period-proof underwear that will save you from the painful embarrassment of potentially having your ass end up looking like the Japan flag.

Trust me, being fully armed for your unpredictable visitor’s arrival will lend you less stress in the long run. Starting off your period on the right note will make this harrowing week that much easier to tackle head on like the boss bitch that you are!

Let’s face it, we all know that at this point in our advanced technological age, you’re pretty much just sort of being permanently Gorilla-glued to your smartphone. Back in the early 2000’s when I was going through my awkward adolescent phase, it was recommended via that lame-ass “becoming a woman” video that I was forced to watch in health class, that girls should keep track of the timing of their cycles by hand noting it on a good old fashioned calendar or planner. Obviously, no one really ever did this because it was just way too much of a hassle and also to avoid the potential embarrassment of someone seeing the little red hearts drawn in each of the boxes for a week straight and subsequently questioning what that strange middle-school hieroglyphics stood for.

Needless to say, unless you are either extremely lazy (no judgment) or you have legit minimal storage space left on your iPhone 6s, nowadays there is no valid excuse to not put in the simple effort of tracking your time of the month in a fancy period tracker app (or Me v PMDD for tracking cycles and PMDD). It literally does the work for you and helps to predict when your next cycle will be. This enables you to easily work in accordance to my suggestions in tip number 1, because as soon as you see that your little bitch of a “friend” might be sneaking up on you, you can just save yourself the unnecessary trouble and embarrassment that comes alongside being unprepared for that skank, by simply stashing a couple tamps in your bag or throwing on a panty liner or a pair of Thinx!

Advil, Motrin, Aleve, or Tylenol are godsends to women on their cycles. And no, I didn’t forget about Midol — I just don’t recommend it ever since I read that it has the literal same ingredients as the latter painkillers but just costs more, because like every other pointlessly gendered product: it’s specifically marketed to women. Apparently even though we make less than men, we are expected to pay more for shit. You can blame the patriarchal, money-driven nature of the corporate hypocrisy for that one.

Anyway, back to one of my favorite things: drugs. If you are someone like me who prefers to go the “organic route” when it comes to pain management, then I highly urge you to invest in some good quality medical cannabis, or for you pot-head haters out there, you can snatch some all-natural CBD Oil which allegedly offers you the same pain relief without the high.

Medical Cannabis and CBD can also work wonders when it comes to mellowing out those raging mood swings that hit us right before our periods are about to start (for my PMDD sisters out there!).

Do The Opposite of What You Want To Do

Yes, you heard me. Although, unfortunately I can’t take credit for this piece of advice as it rightfully belongs to none other than my beloved therapist. Just recently I was sitting in her office, and as usual, was bitching about how complicated and overwhelming my life was. Except this time, my complaints were two-fold, as I happened to be experiencing a visit from Satan’s Mistress herself, and with that came the added whining and (literal) crying about how bad my cramps were and how disgustingly fat I felt in my jean shorts.

As any good therapist would, she then proceeded to rattle off facts regarding the benefits of maintaining physical activity, establishing healthy eating habits, and practicing therapeutic coping skills during this most trying time.

So this concept may seem like it is pretty insignificant and/or irrelevant to your menstrual cycle. But trust me ladies, when it comes to your mood-shifting, sadness and irritability-inducing time of hormonal upheaval — practicing mindfulness in everyday scenarios is precisely what you may need to keep you afloat as you “go with the flow”.

Being mindful in accordance to the needs and desires of your body at this time does not necessarily mean that you have to sit on a rug and meditate for hours on end until your bout of rage decides to calm the f*** down. It does mean, however, that you should be aware and accepting of the physical and emotional hormonal changes that do take place in crediting them as a normal and inevitable part of your experience as a woman.

Instead of automatically condemning these side-effects of menstruation, we must try our best to understand them, and where they are coming from. In keeping in mind that these cravings, headaches, mood swings, bloating, and cramps are all a very natural and plausible response to your body’s onset of menstruation, we can prevent ourselves from ruminating on the negative associations surrounding periods and instead see them for what they really are—a beautiful and integral part of womanhood which gives wave to the ability to produce new life, and establishes a sense of maturity and camaraderie among us women.

Kristen Elizabeth Simonelli is a University Student, Lilly Pulitzer Enthusiast, Freelance Writer, Millennial Blogger, and Social Advocate. As a frequently featured columnist on several contemporary online media platforms, Kristen’s philosophy of raising awareness for neglected social issues is personified through her written work with the intention of cultivating a voice for individuals who are unable to speak up for themselves. 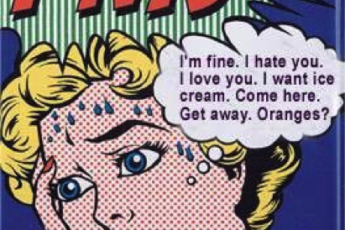 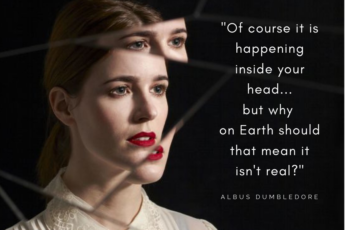