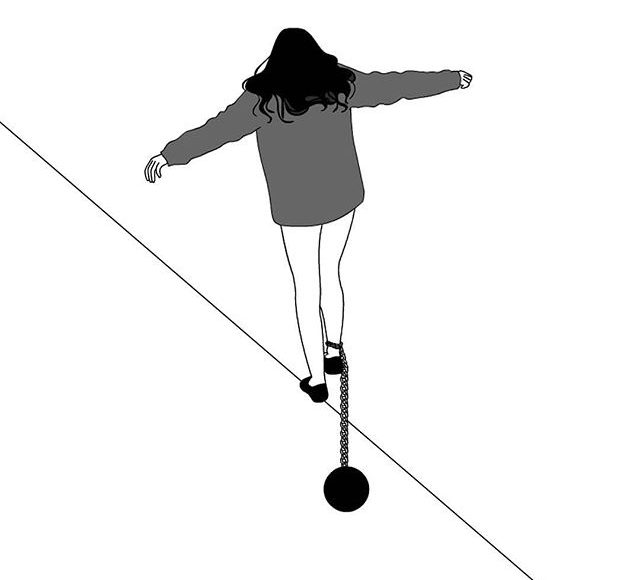 In 2009, my female GP formally diagnosed me with Premenstrual Dysphoric Disorder (PMDD). Prior to my diagnosis, I had never heard of this disorder, but I had definitely suffered from it. So, for the past ten years, I’ve been in a mad frenzy to discover all I can about this disorder and have learned even more about myself in the process.

I got my first period at 11, in grade 5, and used toilet paper for two days in my underwear because I didn’t know what was happening. I was then informed by my older sister that this bleed was my “friend” who visited monthly, and I needed to use pads. This was my introduction to womanhood. From then on I experienced severe cramping, heavy bleeding, and mood swings like clockwork each month, but this was “normal” according to what I read in Australia’s Dolly magazine.

After the birth of my first child in 1991, I was diagnosed with postnatal depression and began taking Prozac. Each month after that was a battle fighting my emotions, feelings of worthlessness, and the desire to kill myself. It wasn’t long before I tried to overdose. I woke in the hospital after my attempt, and the kind-hearted social worker suggested staying overnight to get my head together and get some support. I thought this was a good idea, so I agreed. As I was wheeled to my new ward, I realized it was the Psych ward. I freaked when she told me I would be kept for three days involuntarily due to my overdose. I don’t know how, but I ran for my life screaming. I was chased by security and nurses and dragged back by four of them – one holding each arm and leg. I cried and cried, not knowing what to do. I was embarrassed, humiliated, and most of all angry. I then received regular counseling via the mental health unit. This ultimately led me to believe that I could NEVER ever talk about my suicidal thoughts, and/or wanting to hurt myself – because I’d end up right back in a psychiatric ward.

I went on to have two more children with my husband, even though our marriage was under constant pressure due to my hormones.  The Prozac was increased in dose each time I expressed my hormonal abnormalities, and the inability to cope like other mums seemed to be able to. My GP at the time had explained that I had severe hormonal imbalances and therefore needed to stay on medication indefinitely. “Just like a diabetic needs insulin – you need antidepressants.” I felt like such a failure.

During my ten-year marriage, I saw various psychologists, psychiatrists, and counselors who gave me multiple diagnoses for my “hormonal imbalance.” Bipolar disorder due to my emotional instability and depression during the lead up to my period. Schizophrenia due to feelings of paranoia, which was not a symptom in my early years, and became more noticeable between ovulation and my period. I was prescribed various antipsychotic medications, which were very strong, and made me tired and dizzy. They blurred away my good weeks. I refused to take these drugs due to the side effects. I knew my cycle by now and I couldn’t sacrifice my times of good.

In my good weeks, I would have play dates with friends, go to playgroups, visit family and lead a happy life. I would also convince myself that I didn’t need medication and that the doctor was wrong for insisting that I take them. I felt good, I loved and adored my children more than anything. I felt “normal.” During my bad days, I would put on my fake smile and socialize with family and friends like I was supposed to – pretending my life was perfect and I could cope with three small children.

During these years there were several more “overdoses.” But these were different – I was never trying to kill myself these times, I just wanted to sleep and wake up happy. Ultimately, I started self-medicating to give myself some well needed “time out” from my life. Although it was apparent that I was groggy and had taken pills, I was also able to convince my husband that they were just sleeping pills because I was so tired and needed to sleep.

I was always consciously aware that I could never openly discuss my suicidal thoughts, and my goal during hell weeks to one day kill myself. This would land me in the psych ward again. After seeing so many professionals I knew what I could and couldn’t talk about. The “warning” we get each time, was always “I am bound by law to report any self-harm or threat to yourself or others,” so I would always try and be one step ahead, and downplay my feelings in fear of this statement. This was painful and depressing in itself, as I really wanted to talk about it, but the societal stigma of mental health and mental illnesses was rampant. I would often read headlines of people with mental illnesses, and the treatment and isolation they received due to thinking about suicide usually meant you were “crazy.” I just requested to go back onto antidepressants for my new diagnoses of “major depressive disorder,” no psych ward for me.

I recall one night in particular when I just wanted out…I went for a walk on the beach, and before long I ended up at the local caravan park. I decided to book myself in and stay the night. That way I could not cause any drama, and I could just sleep away my anger and thoughts. Little did I know there was a police hunt for me, officers, friends, and family searching for me with flashlights in and out of the water. My photo was in the news and I was gutted. I just wanted sleep, why did they have to do this? I didn’t think that I mattered to anyone to cause a search party.

My marriage eventually ended due to multiple factors, but I know that my disorder played a big part in our relationship. Back then, I didn’t have answers to why I was feeling or acting the way I was.

Self-harm has also played a part in my illness over the years. Many times, I can recall smashing glasses with my fist on the bench and causing cuts. I severed a nerve one time and had to have surgery. I felt I deserved to be cut because I was convinced I didn’t deserve to be here. These injuries were easy to cover up as accidental – bandaged up and disguised as a sprain or an accidental cut whilst doing dishes. I never spoke to anyone about these – until now.

Over the years, friends have come and gone. I have never allowed anyone to get too close to me, so they never get to see the sad and lonely side of me. I only want people to see me when I am happy and out and about. I suffer in silence. I guess I choose to isolate myself and it’s easier to lay low with minimal friends. School drop offs were always done quickly and I avoided the clicky groups of other mums that would meet for coffee catch ups because I knew I only had two weeks of every month to keep up with them. My brain would tell me they were judging me during the hell weeks, so I would disappear. I always helped out at school events, disco’s, canteen, reading with children, carnivals, and parties/fetes. This was for my children and they were my life. I hear people describe me as the most thoughtful and caring person, that I am always helping others, and a good friend. This makes me happy, but during my PMDD outbreaks, I convince myself they are all just saying nice things and don’t really believe that I am a nice person. They are ultimately gossiping behind my back and making ways to exclude me. Paranoia at it’s worst.

I remarried and have been with my husband now for almost twenty years. But we too have had many ups and downs. This has not been without ongoing counseling and medications over the years.

In 2017, feeling like I was getting really close to suicide, I decided to opt for a hysterectomy. Since I was in my forties, the gynecologist was not keen on removing my ovaries and forcing my body into menopause, so I agreed to have a partial hysterectomy (removing the uterus). Yay, no bleeding! This would make a huge difference in my life, as I bled like Niagara Falls at the best of times, changing Super pads with wings every half hour on the first two days, with absolutely no option to use tampons. I was also prescribed medication at one point that was used on patients to slow bleeding down prior to having heart surgery. Looking back, I just wish I had realized that by keeping the evil ovaries my menstrual cycle would continue to impact my life. The bleeding stopped, but the PMDD did not. I feel it even got worse, which I have also discovered can happen as we get older.

A typical month for me now is:

How do I manage?

I have NEVER spoken of my illness or diagnosis of PMDD with anyone other than specialists. Every member of my family believes I suffer from depression and take antidepressants to help me cope. I feel that once I tell people I’ll have a label attached to me. I know I need to get past this, but until more research is done, and it is a worldwide recognized illness, I feel there would be too many judgments from uneducated people for me to cope with at this moment. My psychologist believes I should tell people, and that I won’t know how people would react until I do. But that’s a risk I can’t take yet.

Finally, I believe my PMDD began very soon after having children and was misdiagnosed as postnatal depression. I am still learning to manage it. I am in my final four-year degree of Social Work, and boy it has been tough!! I have had to get extensions on assessments due to my health issues caused by PMDD.  The study itself has helped me to understand mental health as a broader issue in society, as well as having setbacks due to “triggers” of course content. I also work in childcare 2-3 days per week, and I just can’t wait to get home where I get to be “me” without having to be miss perfect for everyone else. It’s hard being two people. I hope for the days when I can just be me.

By The Warrior | Me v PMDD
5
diagnosismedicationPMDDTips
Why we’re selling ‘Warrior’ shirts…
How do you explain PMDD to others? 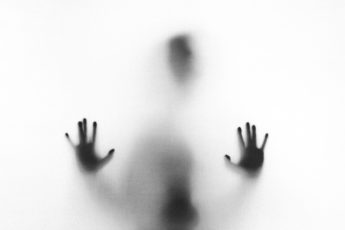 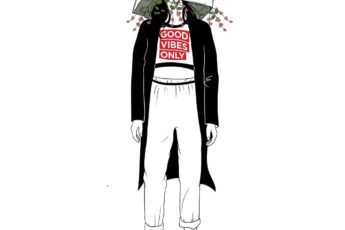